Playson is bringing you the chance to win your share of a massive €30,000 cash in their intense Spring Supreme 30k Giveaway. Spin at least 50 times with a minimum stake of €0.50 to participate and collect wins.

Spins on those games can land you:

PARTICIPATION
– Playson’s Spring Supreme tournament is available for play in real mode.
– The minimum bet required to participate is €0.50 or currency equivalent.
– To participate in the campaign, players shall confirm that they wish to take part in the campaign by placing 50 qualifying bets on the participating games during the campaign period. Participating players will automatically take part in Playson’s Spring Supreme Tournament after any win scored in the base game in the participating games.
– Any points earned during the 50 qualifying spins will be added to the player’s points total after qualification is completed.
– Any win will contribute to Player’s Total score that will be shown on the leaderboard. Total score is calculated by the addition of the points scored during all rounds played on participating games during the qualification and post-qualification phases.
– Points are calculated round-by-round, with each total bet multiple won equalling 10 points. For an example, €10 won with €1 bet equals 10 multiples, which represents then 100 points. 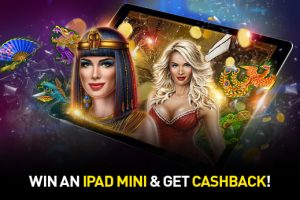 Win an iPad mini – and get cashback! 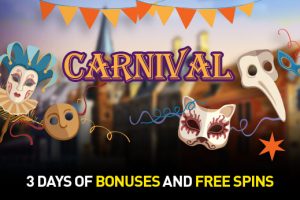 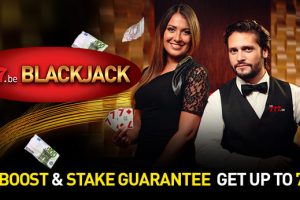